We have worked with Emberlense for the last 12 months and John has been very reliable, enthusiastic and professional.  John has always been on hand to answer any questions and delivered a high-quality, affordable,  friendly service with no job too small.  He handled the subject matter sensitively and delivered exactly what we wanted. We would recommend to anyone needing a professional videographer.

We have worked with John on a number of projects in the past so when we wanted to film 6 educational videos about the history of the Stone Age/ Kents Cavern we knew John would be perfect for the job.  I’m always impressed with John’s professionalism and editing of films to produce something of high quality.  The feedback and response from these educational films has been great, and we will certainly be doing more in the future. 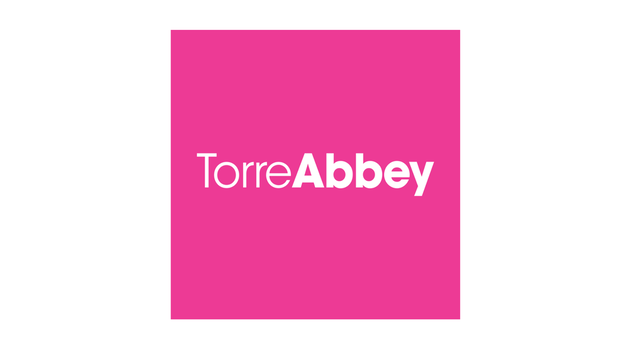 Emberlense Productions filmed a storytelling session we did at Christmas, which needed to go virtual at the last minute due to COVID restrictions. John did an excellent job at very short notice and was professional, creative and courteous throughout. He delivered an edited final product ahead of schedule and it meant we were able to share some Christmas magic with local families who were unable to attend in person. We have collaborated with Emberlense several times in the past and look forward to doing more work with them in the future. 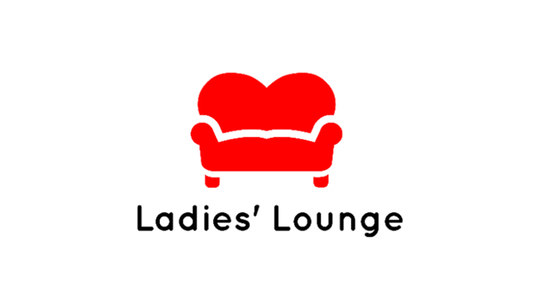 On behalf of Ladies’ Lounge a big thank you to John for producing an excellent video about us.  His service is excellent, he was prompt, sensitive, patient, very helpful and thorough.  John went above and beyond to make sure we were happy with the video.  We would certainly recommend Emberlense to anyone requiring a similar service.

In 2018 the Bay Education Trust received a £4m government grant to demolish an old 1920s building at Paignton Academy and rebuild a new state of the art catering and performance centre in its place. The Trust wanted to record a visual narrative from beginning to end and commissioned John Tomkins and Emberlense to document the process. The result was an eight minute video entitled ‘Our Journey.’ The Trust is delighted that we chose Emberlense for the recording of the project and is very pleased with the video which was shown to the one hundred guests who attended the official opening of the new building on January 10th 2020. It will form an ongoing part of the Academy’s website.

Torquay Museum Society is a ‘Community Hub’, as well as a ‘Learned Society’, with around 200 members that has been in the Bay since its formation in 1844.

John Tomkins has been instrumental in helping the Society adapt to the 21st Century!

We had to completely reinvent ourselves over the past couple of years and John has always been there to help above and beyond the call of duty. He advised us in developing schemes and initiatives to engage with our membership in new and innovative ways, but his most notable triumphs have been in documentary film making
and enhancing our social media content.
Additionally, John did a sterling job in producing a series 19 video lectures  which enabled our members to watch on-line lectures at home in place of physical lectures in the Spring of 2021 that had been postponed due to the lockdown.
​
All of our Trustees and Members are grateful for his expertise, input and vision. We consider him a friend of our Society and hope to do even more amazing things with Emberlense in the future.
David J Wills PABP President - Torquay Museum Society
2021

Torquay Museum has worked with John for seven years and during that time he has produced consistently high quality video content for the Museum, which we have used across our social media platforms, and in our exhibitions, to great effect. I would have no hesitation in recommending John. His passion, commitment, energy and ideas are second to none.
Carl Smith - Visitor Services, Marketing and Membership Manager
2021

May I express my appreciation to John Tomkins and Emberlense for the work undertaken on the Torbay Domestic Abuse videos. From approaching John, we found that the project was professionally supported, guided and we were very pleased with the finished product. Our suggestions and ideas were taken on board and the videos were filmed on location, appropriate actors were sourced, and the videos delivered quickly, to a very high standard, and to our agreed budget.

I have worked with Emberlense on a couple of occasions now and have been delighted with the results. Not only does John provide his own ideas as to how the videos should look and feel, but he is also not afraid of embracing other ideas from other quarters as well. Their combination of experience, flexibility and a willingness to give the client exactly what they want is very refreshing and we will certainly be working with Emberlense again in the near future

Oliver Dax
Managing Director
Monkey’s Paw Sales Training Consultancy Ltd.
2020
At Fiveway Apartments , as we opened post lock down, we were looking for a way to get our message across in a more interesting fun way. We commissioned John to produce a video for us which would explain all the additional cleaning we are doing in a fun way, capturing our brand. The result was awesome, thanks John!

Kevin Cope
Fiveway Apartments
2020
John at Emberlense recently completed the promo video for my latest novel "I Will Survive."  I felt completely at ease during filming and it was a pleasure to work with him. He is a real professional and cares about his art.


I’ve hired John Tomkins, or worked with him on projects for other people, on several occasions. I’m always struck by his professionalism and his attention to detail. His work is always of a high quality and he approaches it with an enthusiasm which is infectious. His turnaround is prompt and friendly. I would highly recommend him for anyone who needs filming work done, whether corporate or something more artistic.

John created a video of the Quayside Hotel end of October 2019. He did one main video for the Hotel and a short one of cooking. Both were very successful and have been viewed on our web site, on Facebook, Instagram and Twitter. John is accommodating and very pleasant to work with. He tailored the video to the brief and fitted in with our Hotel hours including an evening in the Restaurant and Ernie Lister Bar. His editing and music resulted in an excellent video.
I would not hesitate to warmly recommend him.

John did our film for skivvies Torbay, he was a pleasure to work with and very professional. A great finished product.

Hi John.
I just want to say a huge thanks for your work regarding the videos you did at the BMAD festival this year.
They are without doubt totally professional.
The videos portray exactly what the festival is with a fresh approach to filming, editing and narration.
Wishing you all the best.
Kelvin Halloran. Founder of BMAD  2019

John and Emberlense have worked with the BrixFest team in the past to craft National Lottery funded heritage films for the Brixham Heritage Trail. John was asked to produce a film which captured the true meaning behind the stories told by local people of all generations - and the film which he produced did exactly that. His compassion, enthusiasm and dynamic photography ability means that he could accurately yet sympathetically represent everything we needed while simultaneously doing the stories justice, without exploiting them.

This year BrixFest returned for its eighth year and John created the official movie for the weekend. We expected a short, three minute clip which covered a few of the key elements of the festival and a few plugs for sponsors. What we received, was an incredible 11 minute film which perfectly recorded the visitor's experience at a BrixFest festival weekend. The value gained by the festival from this film will be immense, both in terms of added value for sponsors and when it comes to showcasing what we can do for awards, or new perspective visitors.

John is a pleasure to work with. His ability to produce complex, intimate video clips with speed but without compromising quality is to be commended. We're all looking forward to working with him on the next one.

John and his team at Emberlense were extremely easy to work with. From the initial stages of the ideas for content for the film, throughout production to final stage amendments, John was creative, willing and efficient despite us not given him a deadline. I would not hesitate to recommend him if you are looking for a video to promote your business . We are very happy with the finished product and feel it depicts what we had in mind exactly

“It was a pleasure working with John of Emberlense. Professional. Skilled. On time. Approachable. All essential qualities when desiring a marketing video”

Working with John at Emberlense to create a short film for the 'Sharing Stories' Festival with Torquay Museum was a great experience. The service from the initial concept to delivery was superb.

Sarah  Hemingway - Marketing and Event Programmer
John is a tireless evangelist for the film sector in Torbay. He organises & promotes genuinely innovative events & his enthusiasm is infectious. Recently my 15 year old son took part in a documentary workshop run by Emberlense with Squircle Arts and Torquay Museum. Over the weekend Ryan learnt genuine film direction skills far above just simple video editing. It was apparent that all the participants were really proud of the finished result (with a near 100% turnout at the screening evening) and that John had very effective rapport with the course members. It would be great to see more film making training events like this as they have excellent potential to add to the cultural engagement of young people in this area. John’s commitment, vision and organisational skills are very highly recommended.

I'm delighted with my new videos produced by Emberlense Film Productions. John met with me beforehand to discuss the project and alos afterwards to discuss how the videos could be used in marketing. The filming session was fun , professional, efficient and productive due to the work John had put in beforehand to ensure everything went smoothly on the day.  The videos were completed promptly and I'm impressed with the end results.

John at Emberlense, has such a vast knowledge of film. He has done a couple of pieces of work for us and we have been extremely  happy with the results, John has a very professional approach and listens to what the customers needs are. We highly recommend John.

Dale and Samantha Triffitt - Managing Directors at Clothing Your  Way

Thank you to John at Emberlense for making this project ! Great job! I would defiantly recommend you !

John has done a great job on both of my videos . He had alot of patience listening to what I wanted and great after sales editing when needed. Looking forward to the next project .

John Filmed and edited a Promotional Video for my company with great care and interest ; he had a wealth of creative ideas when  it came to editing the film and capturing the spirit of what we are about. The whole process was conducted in a timely and professional manner. I would defiantly recommend .

Marie Cassidy -  Founder at Boo to a Goose Theatre.

Brixham Cottages commissioned a promotional video from Emberlense and have been delighted with the results . John is talented individual with patience and an eye for detail that shines through his work . John made several  visits to shoot footage and provided several edits , nothing was to  much trouble and we would have no hesitation in using Emberlense in the future.